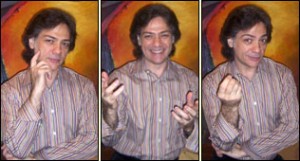 coach, hypnotherapist and workshop leader in private practice in the heart of New York City. He has dedicated his life to understanding how we can improve the quality of our life and achieve our potentials. He has integrated the newest evidence based scientific knowledge with ancient wisdom to create a holistic and effective system to help people overcome obstacles and achieve their goals. He has always been a thought leader and a strong advocate of positive psychology and promotes a more optimistic viewpoint of life.

His approach primarily relies on utilizing the individual’s strengths to  counter any weaknesses or problems.  He began meditating at the age of 16 which started his exploration of consciousness. He obtained his doctorate in psychology from the City University of New York and was trained at the Mt. Sinai School of Medicine where he served as an Assistant Professor. In addition to teaching, he conducted brain mapping research on how the nervous system works and published more than a dozen articles. In 2008 he published his book POSITIVE DIRECTIONS Shifting Polarities to Escape Stress and Increase Happiness which contains the essence of his views on psychology and how to make life easier.

available. As a psychotherapist, Dr. Ryder has combined the latest academically proven techniques with an intuitive approach built upon over 35 years of experience. His system focuses on guiding people to better understand the causes and consequences of their lives with both logic and emotional compassion. As each individual increases his or her awareness, they also are able to dev2elop their strengths to become more flexible, adaptive and assertive in the world around them. These are skills that anyone can learn to use to improve their life.

Based on his research and experience, he recorded several audio CD programs, Relax to the Max is designed to help people quickly and easily relax and recharge. The purpose is to minimize stress and maximize success, because he wants to help  every person identify and achieve their dreams and goals.

He has given many lectures and workshops to various groups across the United States and internationally. Dr. Ryder is a member of the American Psychological Association, New York Academy of Science, the American Society for Clinical Hypnosis, International Positive Psychology Association, American Academy of Medical Hypnoanalysts and founder of the Legend Institute.  John Ryder has also been listed in the Who’s Who of America 2000 as well as been named one of the Outstanding Individuals of the 20th Century (IBC).

Dr. Ryder has also appeared in numerous TV shows as an expert discussing various issues. He has been interviewed on over 60 radio talk shows as well addressing important topics of the times. As a popular and dynamic speaker he travels and lectures widely.

Most recently, Dr. Ryder established the Positive Science Center Inc. and built a fabulous log cabin near Putnam Valley only one hour north of NYC.  The PSC is dedicated to promote positive psychology and Dr. Ryders work to the general public. 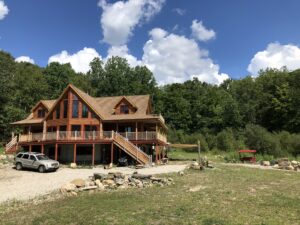 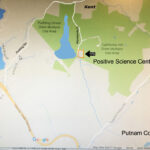 2016 – Present:  Founder and President of the Positive Science Center Inc. a non-profit educational corporation dedicated to promote positive psychology and raised the funds to build a center in the Hudson Valley one hour north of NYC.

1994 – Present: Psychologist in Private practice NYC – serving individuals, couples, and corporate clients. Professional services include evaluations, coaching, counseling, psychotherapy and hypnotherapy. Dr. Ryder is a positive psychology advocate who believes that we are all capable to enjoy true well-being with balance and social harmony while achieving our full potential. Dr. Ryder also is a frequent public speaker giving interviews, workshops, and lectures.

1986 – 1992: Neuropsychologist in charge of the operation of the Clinical and Research Laboratories with Rosario Zappulla, M.D., Ph.D., Professor and Vice-Chairman, Department of Neurosurgery, Mount Sinai School of Medicine, CUNY.

1982 – 1987: P/T Established Entrepreneur Enterprises a partnership in New York that acted as an agency to promote cultural exchange bringing American musicians to Eastern Europe and the USSR; a number of music festivals were successfully organized with the help of the U.S.I.A.

Train the Brain to Heal the Mind and Body. & Scientific Proof that Hypnotherapy is Effective. Annual Convention of the National Guild of Hypnotists, Nashua, NH. Aug. ’98; ’99; 2000; 01.

Medical Aspects of Hypnosis. The Annual Convention of the National Guild of Hypnotists, Nashua, NH. Aug. 1996.

Your Inner Self: Key to Your Hidden Potential, Workshop Chiromed Clinical Ass. NY 1994.

Workshop Director: Conference at Mt. Sinai Hospital entitled: Workshop on the Management of Acute and Chronic Hydrocephalus. Non-invasive Techniques to Monitor ICP and CSF Flow in Shunts in Patients with Hydrocephalus. June 1990.

101 Great Ways to Improve Your Life Co-Authored with Mark Victor Hansen, et al. Self Growth NJ (2007). (Chapter 20:) “What Makes the Best Decisions: Your Logic or Intuition?”

The Power of Trance Hypnosis Blog at Psychology Today 2009 – present

Relax to the Max. Produced and recorded CD program for relaxing and self dev2elopment 1999.

The Effectiveness of Hypnotherapy. A Review of Research Methods and Findings for Promoting Hypnotherapy. John Ryder, Ph.D. Journal of Hypnotism. 2000.

Train the Brain to Heal the Mind and Body. John Ryder, Ph.D. 2001 Journal of Hypnotism.

Entrepreneur of the year in Psychology Cambridge Who’s Who of America Awarded: 2009

Elected to: Who’s Who of America 2000. Marquis International Publications, NJ 2000.

Elected to: Outstanding Individuals of the 20 Century. IBC, Cambridge, England 1999.

Unleash the Power Within with Anthony Robbins (San Jose) 2005.

Transforming the Self, Freedom from the Bondage of Karma. Himalayan International Institute of Yoga Science and Philosophy, Honesdale, PA. October 1994. 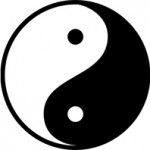